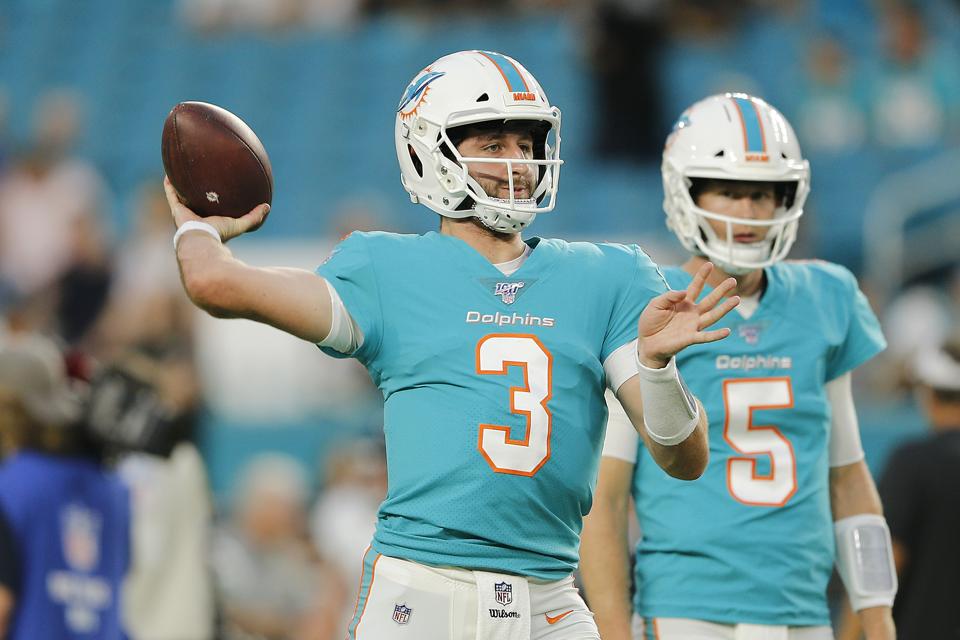 The Miami Dolphins and Florida Gov. Ron DeSantis have decided to permit fans at Dolphins and Miami Hurricanes games this season amid the COVID-19 pandemic, at least in September. Continue Reading…

A paradise for taxes

Florida residents reap many financial benefits. Unlike states in the Northeast, neither Florida nor Naples has a state or individual income tax, so Social Security benefits, pension income and income from an IRA or 401(k) are all untaxed. Florida also has no estate or inheritance tax. And unlike other states, there’s no so-called “death tax,” so loved ones don’t have to worry about paying taxes on the right to transfer a property.

Residents in Naples eat healthy and exercise regularly, and it shows. People in Naples have low levels of depression, stress and anxiety, according to the Gallup findings. The area is particularly appealing to retirees who want to move to an area with warm temperatures year-round.

Need some shopping therapy? Naples is home to outstanding outdoor malls that have a great balance of upscale stores and top-rated restaurants, as well as local farmers markets and small boutiques.

Naples is one of the country’s top golf destinations with more than 80 championship courses in the area. Favorite courses include TPC Treviso Bay, in the heart of Naples, and Pelicans Nest Golf Club in nearby Bonita Springs. If golf isn’t your game, watersports such as fishing, boating and nature-focused activities like hiking are easily available.

The Naples area enjoys a strong public-school system that is balanced by an equally strong number of private and parochial offerings. The area is also home to an accredited liberal arts college, Ave Maria University, which has a variety of cultural and educational offerings that appeal to people of all ages.

Glad to spell out 5 top reasons to live in Naples. Thinking of moving here? The Gilles Rais Fine homes team is here to help you.

Looking for an easy drive getaway this Summer? These are our top picks specially curated for you by Condé Nast Traveller. Allow two hours to cut across the tip of Florida to the west coast, and the hushed, moneyed enclave of Naples. This is a glimpse of the state a century or so ago, full of wealthy snowbirds living in luxurious Med Revival mansions on large estates downtown. Channel your inner multimillionaire in a suite at the Naples Grande, with its huge rooms and oversized balconies; there’s a lovely, non touristy beach nearby. This is still a working port, despite the designer boutiques around town, so the seafood and fish are superb: try the oysters and crab at the waterside Dock at Crayton Cove. Is there anywhere that captures the essence of Florida more completely than St. Pete, so relaxed (it even has a nickname), rimmed by gorgeous beaches on the Gulf of Mexico, and resolutely determined to let any visitors shuck off their worries within minutes of arriving? If you haven’t decompressed over the four-and-a-half-hour drive, make for Paradise Grille immediately, where you’ll find diner food, ice-cold drinks, and acoustic music before spending the rest of the day at Honeymoon Island or Caldesi Island state parks, two of the area’s best waterfront spots. There’s another side to the city, too: the Dali museum, a longtime anchor of the culture scene, was just joined by the Imagine Museum, which showcases the studio glass movement of the 1960s. Speed through the Upper Keys, which are unappealingly over-touristed, and instead pause near Marathon. Go spearfishing with one of the local fishing charters, or sunbathe in the surprisingly wild Bahia Honda State Park, where there are sandy beaches—a rarity in the Keys. The historic Adderley House is an astonishing glimpse of what life was like for the Bahamian laborers who built the overseas highway here at the turn of the 20th century. On a good day, you could make it here in under three hours; decompress from the drive in a plush suite at the best hotel, Isla Bella, which sits on 24 acres just before you hit the soaring 7-Mile Bridge. An hour or so further, the so-called Conch Republic made its name as a kooky hideaway for America’s eccentrics—it even declared independence from the USA for a few days in 1982. It retains that offbeat, end-of-world appeal thanks to enduring sights like BO’s Fish Wagon, a bar on the waterfront that could be mistaken for a junkyard, but the last decade has seen a major upgrade in the accommodations on offer here; try The Reach, the adult-aimed sister spot to the Waldorf Astoria next door, which has its own private beach. Walk over to the Bahamian Village, with its ice-cream-colored cigarmakers’ cottages, and spend a lazy brunch (heck, the whole afternoon) al fresco at Blue Heaven, surrounded by its flock of chickens. SEATTLE, Feb. 11, 2020 /PRNewswire/ — Tommy Bahama, a pioneer of the combined restaurant-retail experience, is expanding its Tommy Bahama Marlin Bar shopping and dining concept starting in Florida. The newest location at Dania Pointe in Greater Fort Lauderdale opened February 8, which will be followed by Las Olas Blvd., Fort Lauderdale in February and St. Johns Town Center, Jacksonville in March. Functioning as a restaurant and bar alongside a retail store, the Tommy Bahama Marlin Bar embraces the brand’s easy, relaxed spirit with a casual new concept where guests can eat, drink and shop. More Tommy Bahama Marlin Bar locations are scheduled to open across the country throughout the year in Las Vegas, Lahaina and San Diego. Continue Reading… A long weekend is in store for South Florida families with the Memorial Day national holiday on Monday, and public school students in Broward County get an extra day of fun, thanks to an employee planning day on Friday.

The real fun begins Saturday, however, with the reopening of Jungle Island, the new “Power of Poison” exhibit at the Frost Museum of Science, and the Air and Sea Show on Miami Beach. Continue reading… A new drive-in movie space will debut in downtown Fort Lauderdale this weekend, with screenings of the Quentin Tarantino gangster classic “Pulp Fiction” on Saturday, May 23, and the tamer “Teen Wolf” on Sunday, May 24, in the arty MASS District.

Zip up to your mansion in the sky along Fort Lauderdale beach in your private elevator. And that’s just the beginning of the elegant and exclusive amenities this property offers its residents. With a variety of floor plans, this building features units ranging from 1,910 to 3,500 square feet, including two-story residences and penthouses with nearly 6,000 square feet of wraparound terraces boasting a private rooftop swimming pool and plenty of entertaining space. The building also has valet, a state-of-the-art gym, summer kitchens with grills as well as special pool and beachside service for owners.

Hotel perks make any vacation extra special, and these residences allow you to experience them daily and not just on holiday. Each waterfront unit comes with a slew of resort amenities that have made the W brand synonymous with glamour and style, such as private cabanas, the full-service AWAY spa, 315 feet of sandy beaches and exclusive concierge services. Inside, residences boast 9-foot floor-to-ceiling windows, Italian kitchen cabinets, polished stone countertops, designer fixtures throughout and plush W Hotel beds for that perfect nightly slumber.

The baby boomer generation just got a little bit cooler. This $220 million project is bringing luxury senior living to downtown. Just steps from Las Olas with views of the city’s skyline and Tarpon River, this property will blend city living and a waterfront lifestyle into 179 independent living units, 60 assisted living units and 39 memory care units plus two dedicated floors to those living with Alzheimer’s disease or other forms of dementia. Amenities available to residents will include restaurants, a full-service spa, fitness center, theater, pool, valet and an event space.

The new Hard Rock Hotel & Casino is making a big splash – so it only make sense that it be brought in big and loud.

To help them out, Hard Rock is bringing in Maroon 5 to mark the event and open in the new Hard Rock Live venue – a 6,500 seat auditorium created to host many more concerts and events just like this.

Click here for the full details in Go Riverwalk.

The art fair is coming back to Las Olas

The free annual event is back, taking over Las Olas boulevard for another great weekend of art galleries, boutiques and great dining options.

It starts October 19th, 2019 at 10am and runs through Sunday. Free admission.