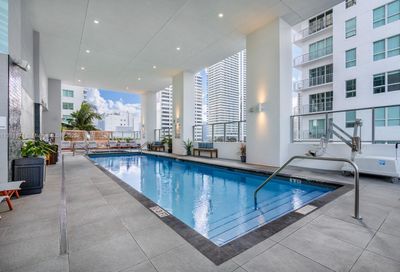 Miami Downtown is the urban city center of Miami. It is the area surrounding the Central Business District, the Brickell Financial District, the Historic District, the Arts & Entertainment District, and the Government Center.

Miami Downtown is bordered by Midtown to the north, Coconut Grove to the south, Biscayne Bay to the east, and the civic center to the south. The whole area is separated by the Miami River. It has around 67.000 residents.

Known as Downtown, the area was developed in the 19th century and is now the cultural and business center of South Florida. The region s expanded fast in recent years, with a significant increase in population. Today, it is home to many famous destinations, such as museums, parks, theaters, shops, and much more.

The most common home types in Miami Downtown are condos and apartments, as the area has a high concentration of high-rises. Most buildings overlook the ocean, Miami Downtown skyline, and Biscayne Bay. Facilities include movie theaters, pools, gyms, spas, bars and lounges, valet parking, and much more. The most luxe complexes are Loft Downtown II, 50 Biscayne, Vizcayne South, and Marquis Residences. Condos prices in Miami Dowtown range between $250,000 and $1,000,000. The area also offers a selection of single-family homes for sale, with an average price of $410 per square foot.

Miami Downtown homes for sale are an opportunity to live in Miami’s bustling epicenter, with views of the gleaming skyscrapers and the stunning bay views, within proximity to the hottest destinations in town.

The neighborhood is a perfect mix of old and modern. It is home to the city’s first international attraction: Henry Flagler’s Royal Palm Hotel and a selection of new restaurants, shops, and parks.